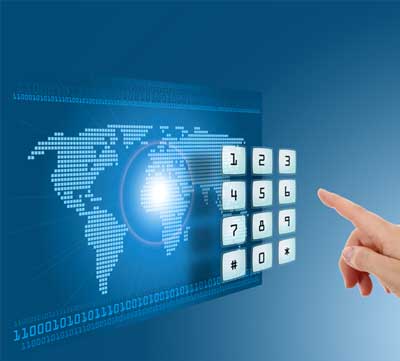 What is a Virtual Phone Number?

A little background about phone numbers.  Let’s go back a few decades.  In the past, phone numbers were physically assigned to a piece of communications hardware such as an office PBX, voicemail system, or conferencing system.  This required that the local phone company deliver physical phone lines to the office location of the intended equipment. Inbound calls to these numbers were only answered by that hardware at that location.

Jumping forward to the present…

Phone service providers have the ability to deliver phone numbers to virtually any location (get it?  “Virtual”).  Providers of these virtual numbers can either deliver them by simply using something like call forwarding; where an incoming call to that number is just passed on to any predetermined phone line over the traditional public switched phone network (or PSTN for short).  The recipient can notify the provider of which landline phone number they would like their “Virtual” number delivered to, and they provider handles the transfer seamlessly.  While convenient, this method has one major drawback – cost.  While the number can be forwarded to any existing landline number, there is an added cost of delivering calls to a long distance or even more so, an international destination.  However, technology and a few megabits of internet bandwidth can easily solve that problem.

The introduction of Voice Over IP, or VoIP, allows calls to be forwarded to the intended destination over any broadband internet connection.  The recipient only needs to have a VoIP phone or VoIP software available on their end to accept the incoming call.  While the technology might be a bit complicated, the concept is rather simple.  Incoming phone calls to the virtual phone number are first routed to the VoIP service provider, where after a bit of VoIP magic, the call is converted to Internet packets where it is then delivered over to the recipient via the internet.  This eliminates the need for physical phone lines from the local phone company; thus drastically lowers the cost of delivery.

Furthermore, VoIP allows the called party to be physically located virtually (there’s that word again) anywhere, even in another country.  As long as they have access to the public internet, the service provider can locate their VoIP phone and deliver their calls.

How do I get a virtual phone number?

With IPComms, you simply choose a virtual phone number (or transfer your number to us) and tell us where to forward your calls (mobile, landline, or VoIP). When a call is placed to your number, we'll forward the calls automatically. IPComms maintains a supply of national and global DIDs (virtual phone numbers) from more than 8000 locations, so we are sure to have the number that you need. You can even add multiple DIDs from multiple area codes to project a virtual presence in more than one city.